“Access Hollywood,” currently in its 24th season, is a nationally syndicated, Emmy Award-nominated, daily, half-hour entertainment news program. The show goes live to the East Coast with Mario Lopez, Kit Hoover and Scott Evans as hosts and Sibley Scoles as correspondent. The show takes viewers behind the velvet ropes and on to the red carpet to deliver the hottest celebrity interviews and the biggest entertainment news stories in Hollywood. 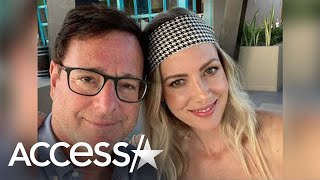 Bob Saget's Wife Kelly Rizzo Pens Heartbreaking Tribute To Late 'Full House' Star After Funeral
Bob Saget's wife, Kelly Rizzo, is breaking her social media silence following the actor's death. The blogger penned a heartbreaking tribute to the beloved "Full House" star, explaining in a lengthy Instagram post over the weekend that she was dedicated to grieving with gratitude for the time she and Bob got to spend together, instead of feeling robbed of the future. "How lucky was I that I got ... 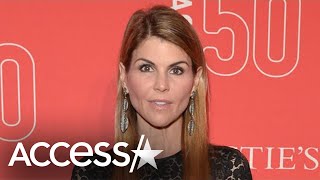 Lori Loughlin's Home Robbed Of $1 Million In Jewelry (Reports)
Lori Loughlin and Mossimo Giannulli's home was burglarized earlier this month, Access Hollywood confirms. A rep for Loughlin told Access on Saturday that the couple was not home at the time of the incident. Though the rep said they do not know how much the stolen items were worth, multiple outlets report that police have estimated $1 million in jewelry was taken. Access Hollywood has reached ou... 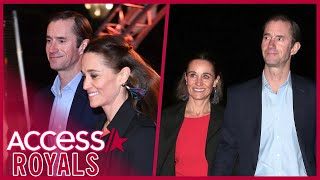 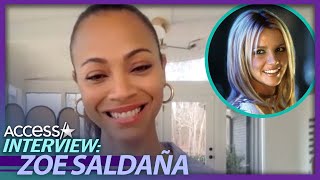 Zoe Saldaña Praises Britney Spears As 'Gentle Soul' On 'Crossroads'
Zoe Saldaña is down for a little time travel! The actress tells Access Hollywood about the new chapters in her blockbuster franchises "Guardians of the Galaxy" and "Avatar." And, she revisits working with Britney Spears on their film "Crossroads," which is celebrating its 20th anniversary. "She was so approachable, a gentle soul, a really positive spirit," Zoe said of Brit. The mom of three als... 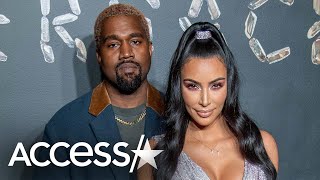 Kanye West On Buying House Across From Kim Kardashian
Kanye West is defending his decision to be neighbors with estranged wife Kim Kardashian. The rapper recently bought a house across the street from Kim, and he shared in a new interview for "Hollywood Unlocked" why he believes the move doesn't cross a line but instead illustrates his dedication to his and Kim's four kids. "Nothing with my career, with this rap, with this media, with none of that... 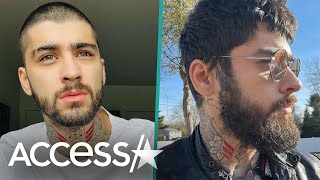 Zayn Malik Debuts New Look Months After Gigi Hadid Split
Zayn Malik is switching up his signature facial hair. The "Pillowtalk" singer gave fans a glimpse at his fuller beard and mustache in an Instagram selfie on Friday. The former One Direction member typically keeps his facial hair on the short side, so the grown-out look was a bit of a departure. 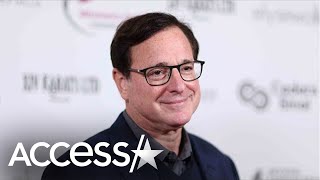 Bob Saget's 'Full House' Co-Stars, Famous Friends And Family Pay Their Respects At His Funeral
Bob Saget has been laid to rest. The comedians funeral took place in Los Angeles on Friday, five days after he was found dead in Florida at the age of 65. His family was in attendance, including wife Kelly Rizzo as well as his three daughters, Aubrey, Jennifer and Lara. His on-screen Full House family, John Stamos, Dave Coulier, Candace Cameron Bure, Jodie Sweetin, Lori Loughlin and Mary-Kate a...

How Kate Middleton's Makeup Has Evolved Over The Years
Kate Middleton celebrated her 40th birthday by releasing a series of portraits, which showed her rocking a minimalist makeup look. The images showed just how much the Duchess of Cambridge's beauty preferences have grown and changed over the years, going from bold eyeliner and rosy blush to bronze eyeshadow, glowing skin and full brows! People Style and Beauty Director Andrea Lavinthal breaks do...

Prince Charles Ignores Question About Prince Andrew After He Loses His Titles
Prince Charles is keeping quiet about Prince Andrew. When asked by a reported about his brother, the royal kept tight lipped and ignored the question altogether. The update comes one day after it was announced on Thursday that Queen Elizabeth stripped the Duke of York of his royal patronages and military titles after his attempt to have his sexual assault lawsuit thrown out was rejected.

Inside Kylie Jenner's Elegant Baby Shower
Kylie Jenner is giving fans a glimpse at her celebrations as she awaits baby number two! The 24-year-old makeup mogul, who is expecting her second child with partner Travis Scott, took to Instagram on Friday to share photos from her luxe baby shower. At the party, she wore a white bodycon dress that accentuated her bump and accessorized with a dazzling necklace and earrings.

Kanye West Slams Pete Davidson In Leaked Song
Is Kanye West breaking his silence on Kim Kardashian and Pete Davidson's red-hot romance? Audio claiming to be a portion of a new song from the rapper made the social media rounds on Friday, with a voice that sounds like Ye's delivering the lyrics: "God saved me from the crash, just so I can beat Pete Davidson's a ." The hip-hop mogul has yet to confirm the line in question or even the song its...

Kelly Ripa Blots Oil Off Her Face On Live TV
It's never a bad time for a little touch-up! Kelly Ripa kept it real on Thursday's "Live with Kelly and Ryan" when she gave her face a refresh on camera. Her co-host Ryan Seacrest was announcing the morning's guests when she pulled out a blotting sheet to absorb some of the oil from her skin. "I'm noticing on the feed here that my skin looks extra glisten-y, so I thought I would just de-glisten...

Britney Spears Blasts Sister Jamie Lynn For Making Up 'Crazy Lies'
Britney Spear is blasting her sister Jamie Lynn - once again. After the two went back and forth on social media over Jamie's interview with "Good Morning America" and the release of her forthcoming memoir, "Things I Should Have Said," the singer took to Twitter to tell her younger sis that she's "stooped to a whole new level of low."

Celine Dion Pens Tribute To René Angélil 6 Years After His Death
Celine Dion is paying tribute to René Angélil. The "My Heart Will Go On" songstress shared a touching message on Instagram to her late husband on the sixth anniversary of his death, posting lyrics from her 2019 song "Courage."

Marie Osmond & Mario Lopez Laugh At The Funniest Viral Videos
Marie Osmond joins Mario Lopez and Kit Hoover on Access Daily for a viral video showdown! The entertainer told the hosts, "2022 is about play for me. I got a motor home for Christmas... and a Harley, my Harley. And so, I'm going to Sturgis, I'm going to all the national parks, I'm playing. And then I do my shows and my work in between now instead of the other way around. It's a blast." Her new ...